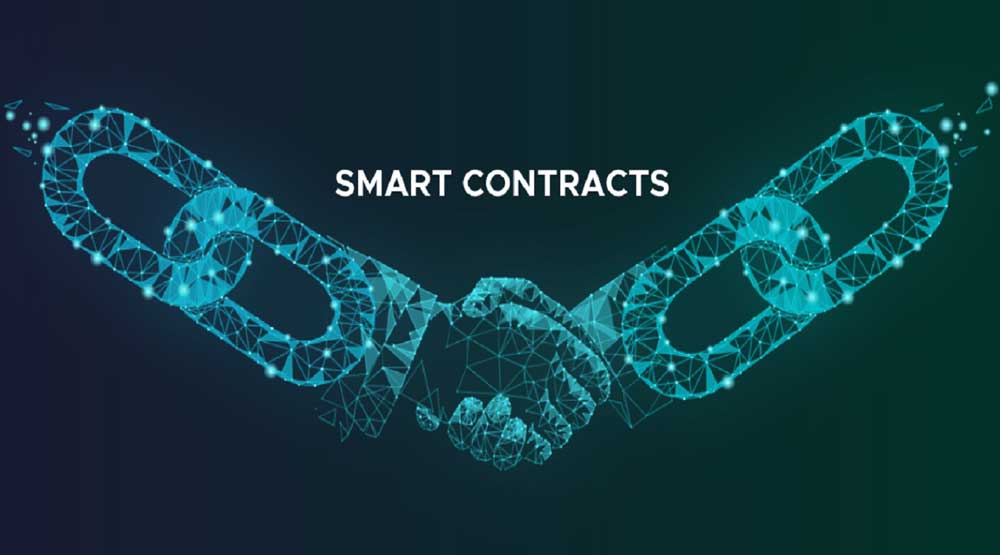 Smart contracts are designed to enable two or more parties to transact business without involving middlemen. Smart contracts have been used to introduce a higher level of trust between the parties doing business with each other. For example, you can use a smart contract as an escrow to hold your payment until you get the product you paid for. Many people will agree that the commission charged by middlemen is too much. Also these intermediaries always seem to make the whole business transaction too complicated.

With a smart contract, everything concerning the business deal is entered into the agreement, and the best part is that you have several witnesses online who observe the transaction from start to finish.

Smart contracts can be used in so many ways to protect people doing deals and ensuring those deals are completed without any problems.

The smart contract is actually created by writing code for the transaction, which is recorded on the decentralized   public ledger, also known as the Blockchain.

Using a smart contract is easy. All you need to do is enter the specifics about the transaction, make a deposit into the assigned crypto wallet, and wait to receive the product or service you paid for. After delivery, the funds you deposited are transferred to the service provider.

The smart contract concept is vast. It is dependable and effective. You can use smart contracts in all industries, organizations, and for personal business.

Features of a smart contract

Signatories to a smart contract refer to the people who have decided to do business together. The signatories must agree to the terms of the deal and append their digital signature on the contract.

The last object of a smart contract is the terms guiding the contract. The terms must be clearly defined for each contract and represented as a mathematical programming language to match the contract agreement. The terms can be described as rules that guide the parties involved in the transaction.

A digital environment must be created for a smart contract to work seamlessly. The environment should accommodate the public-key cryptography, which facilitates digital signatures with unique cryptographic codes, which is ideal for the parties involved.

Another criterion necessary for the smart contract to be successful is the creation of a decentralized database. The decentralized feature makes it possible for other people online to witness the transaction to ensure no one is cheated. The best platforms for smart contracts include the Ethereum Blockchain, BTC Blockchain, and other reputable cryptocurrencies.

It is essential that the digital data involved in establishing a smart contract can be trusted. The best way to go about this is using smart contracts created based on root SSL security certificates, HTTPS, and other security protocols for connection. These are parameters that are already in use across the world.

Here are some of the top reasons why smart contracts have become the preferred choice;

Independence — Smart contracts do not require the assistance of intermediaries before the deal is completed. The absence of third parties gives you full control over the contract.

It promotes trust between people — The smart contract is a direct transaction, and no party is at a disadvantage during the deal. All data involved in the deal is stored securely, and the agreement terms are honored.

It eliminates unnecessary expenses — Regular contracts require multiple endorsements from the real-estate agents, legal reps, notaries, and other go-betweens who require fees. These expenses are eliminated with smart contracts.

Your interests are protected — You can hardly lose when you use smart contracts the right way and in the appropriate environment. These contracts are also less prone to hacking.

Fast transactions — With smart contracts, there are hardly delays that could cause time-wasting. No paperwork is required, and documents do not need to be sent to agencies for scrutiny or approval.

Nick Szabo introduced the smart contract concept in 1996. He is a computer scientist who believed in the brilliant idea. Nick reviewed the idea a few years later and released published guidelines on how and why digital commerce protocols could help promote businesses among strangers on the internet.

In 2009 the smart contract concept was eventually launched, and it happened with Bitcoin, which had also just been introduced. The Blockchain provided a perfect environment for the smart contract concept. Nick Szabo had earlier created a platform to accommodate the decentralized currency called Bit Gold in 1998, and many years later, a better version, the Bitcoin, was invented.

smart contracts have introduced a revolutionary business method that is convenient and safe. Stakeholders in different industries are beginning to realize the vast potentials of the technology at different levels.

It is good to know that the Depository Trust and Clearing Corporation (DTCC) and four major banks – Bank of America Merrill Lynch, Citi, Credit Suisse, and J.P. Morgan – have successfully completed business deals involving Blockchain credit exchanges with a client – Axoni- using smart contracts. In that situation, the smart contract was used to secure details of the deal, such as the agreement and risk assessment report. All parties involved in the deal could view these details, and commended the concept’s transparency.

Foreign banks that need to perform international transactions involving the transfer of funds can also explore the use of smart contracts. The money to be transferred is held in escrow until all criteria for completing the deal are met.

In countries such as Russia, where there are campaigns against cryptocurrency, many banks, including Sberbank, have explored ways to leverage smart contracts for deals that benefit the country. These major brands have realized that business can be securely done with foreign partners even when the financial commitment for those deals is massive.

Gradually, smart contracts are now recognized alongside the cryptocurrencies such as Ethereum in many parts of the world, especially the banking sector. The government has considered using the concept during elections because of the transparent voting system. Also, supply chains can leverage smart contracts to execute deals with partners from all over the world. Companies will benefit from using smart contracts to handle tasks such as paying bills and contractors.

The smart contract concept is still new and developing. Observers have highlighted some issues. For example, it is essential to write the perfect code for the smart contract, or the process will not work. Also, bugs that may be overlooked could be used by hackers to compromise the transaction.

There are questions about the process of taxing smart contract deals, how the government will regulate the concept, and the dangers of losing funds if the contract cannot proceed because the subject becomes inaccessible.

Regardless of the potential setbacks, it is certain that the smart contract methods will be improved to address all the issues that have been identified. We look forward to a time when smart contracts are used for all types of business deals or purchases locally and internationally.